Hola! Bien con usted? As I’m sitting behind my desk,
sippin on some vino, watching over the dark blue water and looking at the grey sky,
I must say my view isn’t bad. But last week I had an even better view for 4 days, as I was watching over the beautiful city of Madrid from the rooftop
terrace (including swimmingpool!) of my trendy, boutique hotel. Blue skies, pretty sunsets and the view of a massive city with authentic, picturesque streets curling up the slightly hilly capital of Spain. 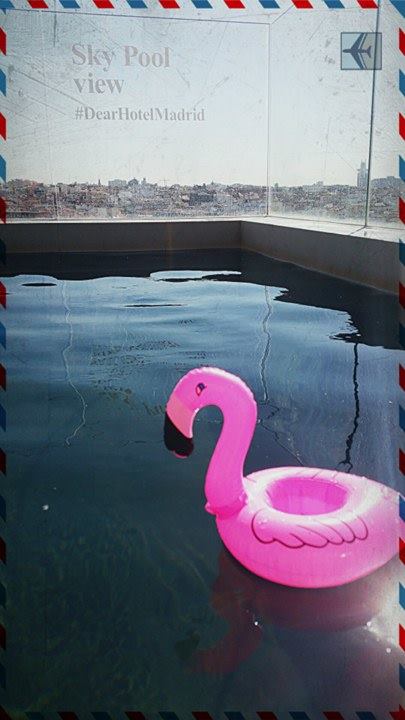 But I wouldn’t be writing a story about Madrid, if everything went
as planned, my blog is called Lina Against The Universe for a reason…

Finding a cute and local tapas bar in the heart of Spain, shouldn’t
be a problem one would think, but in my bf’s and my search for one, we kinda lost our way. (literally) A nice American couple we met at the pool, told us to take the subway to get to a local,
cute plaza (town square) where there would be loads of tapas bars.
So we got off at the stop and walked around for a while, but no plaza
in sight. We decided to walk some more and ended up at the exact same street that our hotel was situated, so we had been
walking around in circles. We never found the plaza that day, or any other day during our trip, but we did find a great tapas place  with awesome food, which we even went back for the next day.

The next day we wanted to celebrate my bf’s bday, local style in
a cool, stylish club. (this trip was actually my surprise bday present for him). After some party research, we decided to make an appearance at Teatro Kapital, apparently the best place for some
serious fiesta. With 7 floors and different music styles on each one,
this was the place to be after the sun goes down in Madrid. We pulled
up in a cab, all dressed up and ready to get lit. The security guard at our hotel told us to drop an important PR guy’s name that used to be his basketball buddy, so we did
and we skipped the insanely long line.

We felt like Kimye, but not for long. When the man at the door
told us the entrance fee was 50 euro (?!), I said you mean 15 right? He said nah, five zero. I asked him: ‘so the drinks must be for free all night then?’, he answered with an annoying voice: ‘just 1 drink’.
I turned to my bf and just laughed, that shit is cray! Aint no way in hell I’m paying f*ckin 50 euro for a club. And if I ever do, I expect waiters looking like Abercrombie models, serving Moët
in gold bottles and massaging my damn feet all night.

Lot’s of fellow dissapointed partypeeps were standing outside,
contemplating whether to pay the 50 or bounce. I started talking
to a group of cool, local looking peeps, they were trying to register
for the club online, to get a ewly found friends and walked up to
the bouncer again. He now told us the discount code was only valid for the first 300 people
going in. Wait whut? We found out later that the club just made
up prices as they go, depending on which day and hour it was,
asking 15 euro for locals and 50 for tourists. What a tourist trap!
Our new friends were only half local, Americans studying Spanish abroad, so even they didn’t get in.

We decided to ditch this lame ass ‘hotspot’ and went barhopping
by ourselves. That night I learned my bf how to dance salsa and bachata (well kinda) in a small, fun salsa joint  and did some
bumpin & grindin in a local club with some good R&B/hiphop
music. We eventually had a great night out and didn’t get to our hotelroom until dawn.

Lesson learned when in Madrid: skip the massive clubs
and join the locals, they know where the party (and the Bacardi) is at! 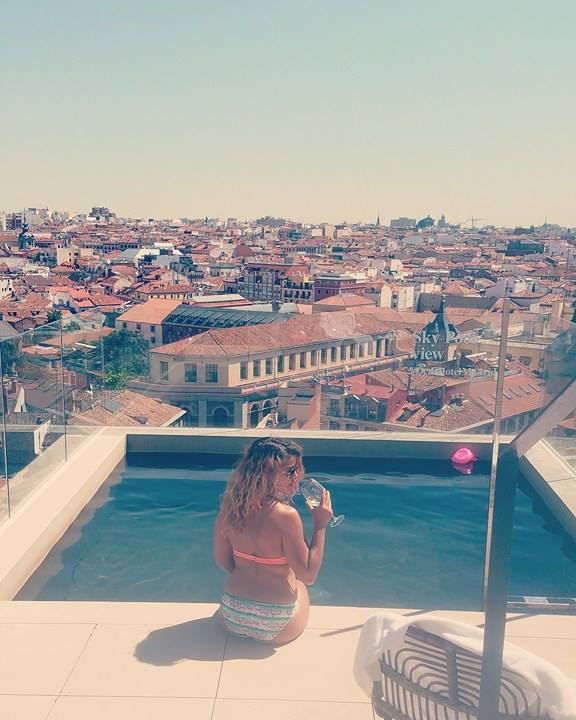