Being an enormous Michael Jackson fan, seeing him live in
concert had always been a big dream of mine. Unfortunately when he
performed in Holland in the mid/late nineties, I was
and too young to go see him and I didn’t even know he was on tour. Growing up in a really, really small town (900 residents at that time)
had it’s charms, but not knowing about pop stars’ tourdates wasn’t one of them. News about your favorite singer would never reach the borders of southern
small towns, news about whether the local bus would come that day did.

I was lucky enough though to see The Jacksons live in concert, twice!
Without Michael of course, he’d already passed away. Insert tear here.
But seeing his brothers sing and dance their old asses off, sure
was a lot of fun and made me feel like MJ was there in the room. 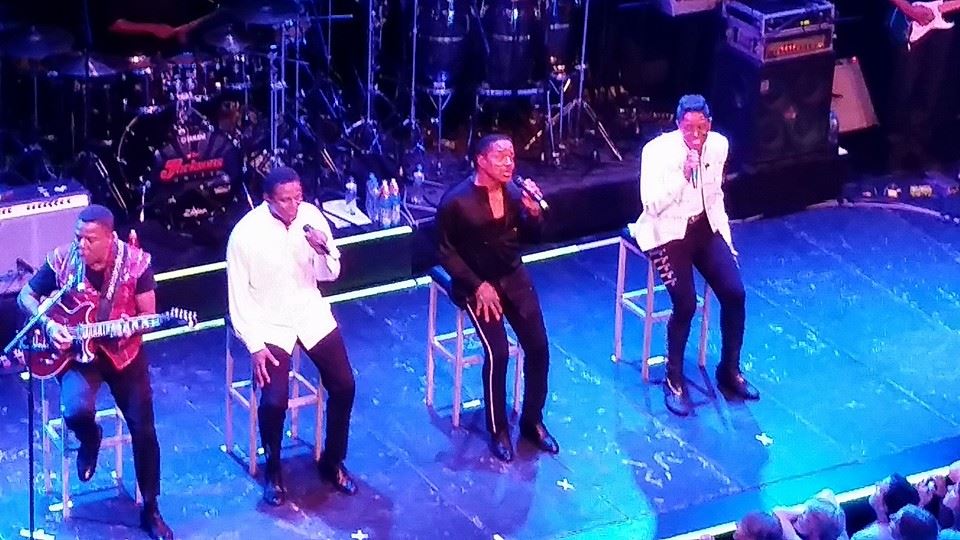 I also had the amazing chance to see and even meet his
nephew’s, the 90’s boyband 3T. Insert heart eyes here. It was so cool
to meet TJ, Taryll and Taj Jackson,
all three are so humble and kind and through them, in a way I met Michael’s spirit too. Ok
that sounds really creepy and stalkerish I know, but that really was one of the best days of my life!

So my nexy step in almost meeting MJ, is going to the
Janet Jackson/Unbreakable concert. She announced the
new tour in October 2015 and I got tickets as soon as they were available
online. I could’t be happier, I’ve always loved Janet’s vibe and music
and have never seen her live in concert before. I’ve been so happy and excited ever since I got those tickets, untill….
Miss Jackson decided to cancel
her European tourdates! WTF?
Apparently there are problems with her schedule, so she will
skip our lovely country and will only tour the States. Fans who already have tickets will receive a refund, so it’s not likely that Janet will be back in Europe any time soon.
However she will attend the
Dubai World Cup and perform there, c’mon Miss thing that’s not nice! What have you done for us European fans lately?

I’m really sad that she cancelled her concert, but I’m sure she will be
back and I will get to see Janet work her magic live on stage. If not, I will personally drag her
by her pretty extensions back to Holland.

Stay tuned for more unlucky stories! Luckily there’s plenty
unfortunately stuff happening to me all the time, so I
will continue to write until the Universe gives me a break.